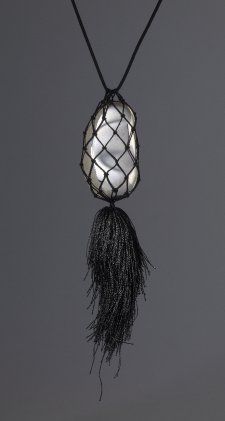 Necklace, a silver kidney bean inside a black silk net with a drawstring at the top held by a small gold ring, and a long black silk tassel below; suspended from a black silk cord. The bean is hollow-stamped in two parts and assembled. 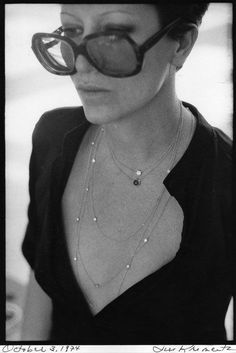 It's been almost 40 years since Elsa Peretti launched her first collection at Tiffany. Yet many of the original pieces look as sexy and youthful today as they did back in 1974. 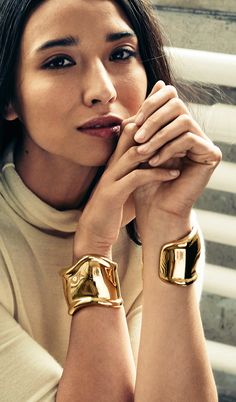 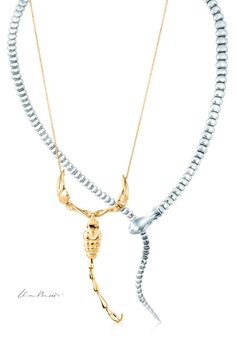 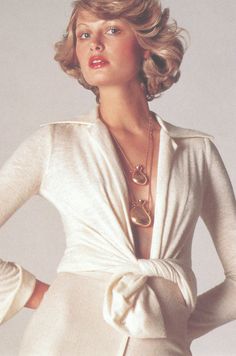 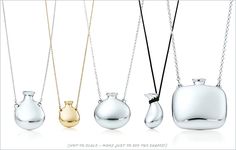 This summer Tiffany & Co. represents new collection of bottle-shaped pedants by Elsa Peretti. Decorated with precious metals and gemstones these beautiful sterling bottles will be a perfect 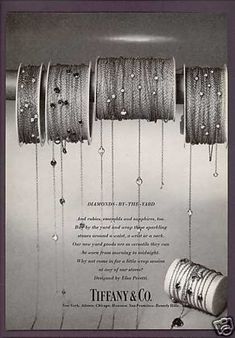 Vintage Jewelry and Watches Ads of the 1970s

Vintage Jewelry and Watches Ads of the 1970s 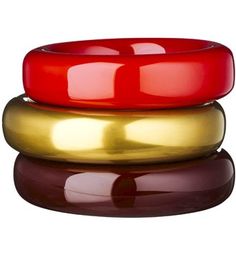 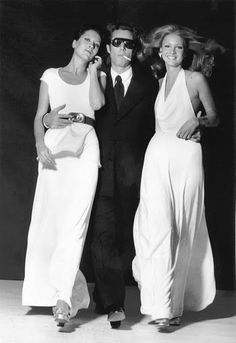 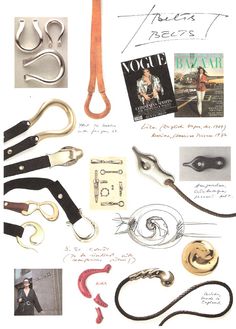 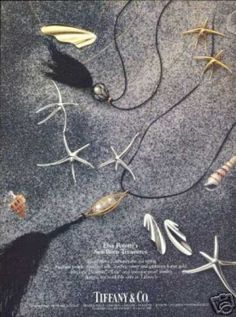 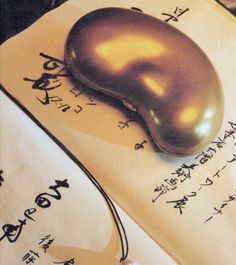 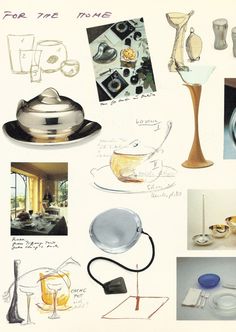 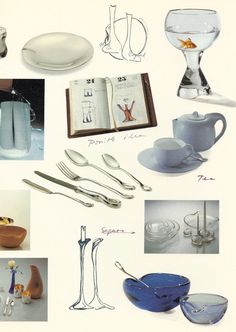 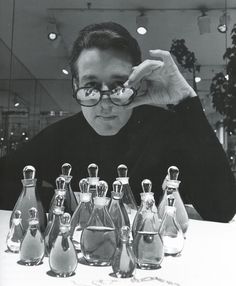 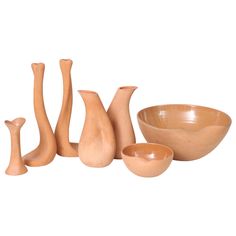