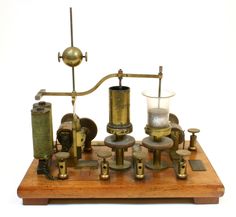 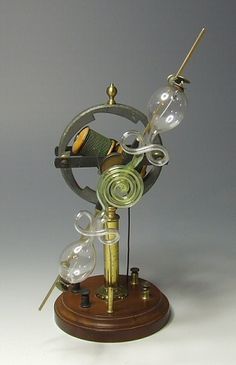 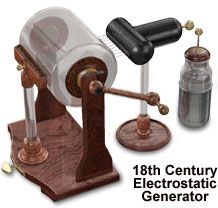 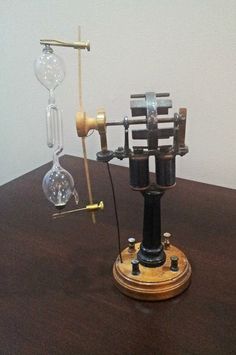 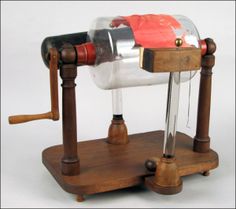 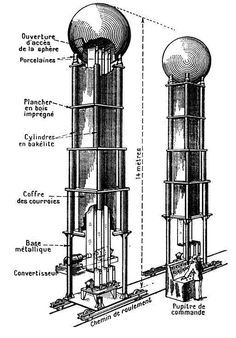 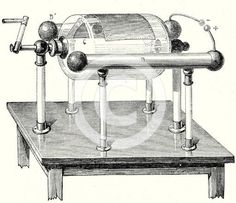 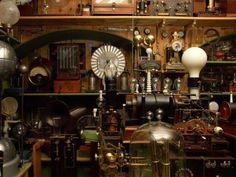 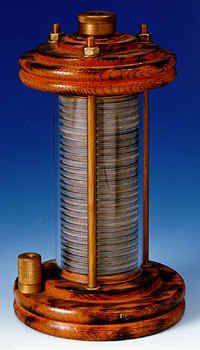 Battery, 1800 For the battery we must thank the frog. In the 1780s, the Italian physicist Luigi Galvani discovered that a dead frog's leg would twitch when he touched it with two pieces of metal. Galvani had created a crude circuit and the phenomenon was taken up by his friend, the aristocratic Professor Alessandro Volta, whose voltaic cells stacked in a Voltaic pile amazed Napoleon. The pile was also the first battery, whose successors power more than a third of the gadgets on this list. 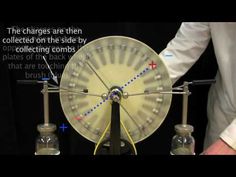 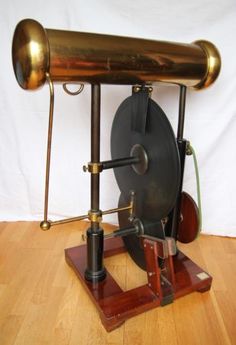 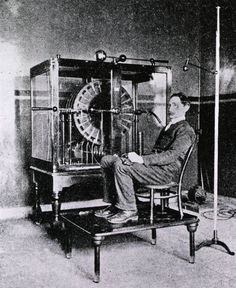 This 'electric breeze' machine was used in British hospitals like this London one around 1905. It was thought beneficial to generate an electrostatic charge and deliver the electricity to a patient. 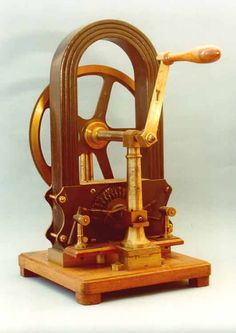 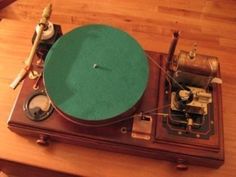