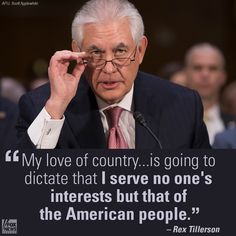 Rex Tillerson, President Trump’s SECRETARY OF STATE Bio: Rex Wayne Tillerson is the Chairman and CEO of US oil and gas corporation ExxonMobil, having taken the company over in 2006. Tillerson, a native of Texas, has been with the company since 1975. Despite his lack of official government experience, Mr. Tillerson does have experience dealing with foreign governments, as Exxon Mobil operates in dozens of countries.

President Donald Trump announced Tuesday that he has fired Secretary of State Rex Tillerson and will nominate CIA Director Mike Pompeo to succeed him, replacing his top diplomat ahead of a potential high-stakes sitdown between the US President and North Korean leader Kim Jong Un.

Sec. Of State Rex Tillerson Laughs and Walks Away When Asked If Russia Bugged The Oval Office

When NBC News's Andrea Mitchell asked Trump Sec. of State Rex Tillerson if Russia bugged the office, he laughed, and said, "I would have no way to know that," before walking away. 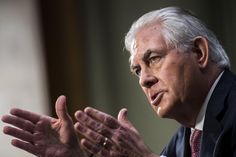 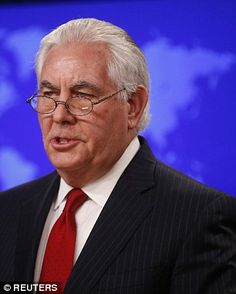 Sources at the off-the-record meeting, say that Kelly told the crowd of reporters and senior officials Tillserson had been suffering from a stomach bug when he got the call from Kelly. 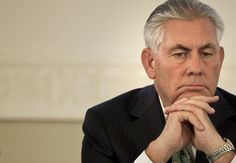 President Trump's secretary of state was reportedly greeted with a sea of middle fingers from protesters in New Zealand Tuesday who were angry at the White House's decision to exit the Paris climate accord. 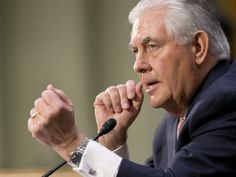 Tillerson says Iran nuclear deal 'really has to be revisited' 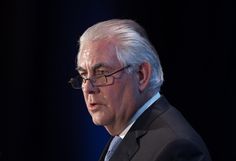 Elizabeth Kolbert writes about the ExxonMobil chairman, Rex Tillerson, and the implications of his nomination as Secretary of State on the environment.

President-elect Trump’s nominee for secretary of state, former ExxonMobil CEO Rex Tillerson, is under scrutiny Wednesday over his ties to Russia. 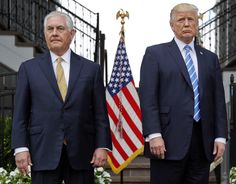 The guy with the thing from The Post has more thoughts on Tillerson. They're not kind thoughts, either. 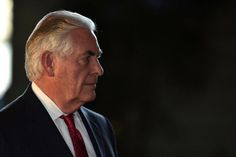 US Secretary of State Rex Tillerson has defended swingeing budget cuts to his own department proposed by President Donald Trump. Speaking in Japan… 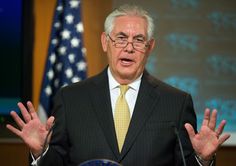 Rex Tillerson Says the U.S. Wants Dialogue With North Korea at ‘Some Point’ 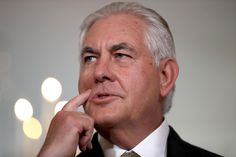 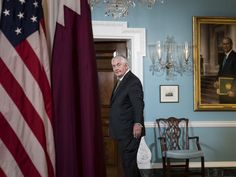 Rex Tillerson has been fired. Experts say he did damage that could last "a generation."

Tillerson was "one of the worst secretaries of state" in modern history, according to experts from across the political spectrum.

Did Rex Tillerson sort of evolve on climate change?