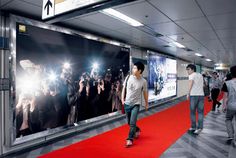 More than 66% of adults are connected to one or more social media platforms, but who exactly are these people? The infographic below, created by Online MBA, breaks down the dem...

As the new kid in town, Pinterest is poised to make some major waves in the social media scene. Facebook, Twitter and Google+, watch your backs. Launched in 2010, the site grew ...

Pinterest drove more traffic to online publishers in February than Twitter, according to third-party measurement data. That's an impressive figure, given that the two-year-old s...

Got Tons of Facebook Friends? You May Be a Narcissist, Says Study [VIDEO] 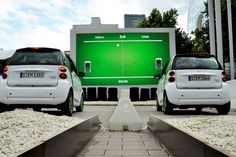 Agency BBDO Germany were tasked with branding the Smart Fortwo electric drive as a fun car, not just an eco-friendly car. To do so, they arranged a test drive event at the IAA motor show in Frankfurt where two of the vehicles were used as controllers in a version of the game Pong, called “eBall.” Laser measurement technology was used to follow the cars as they moved forward and reversed, and the game was shown on a large screen.

sharpie is one of leading firm that shows great way of targeting adequate segmentation and implementing multiple marketing facets such as classic and modern way. nothing more i can say, thumbs up for sharpie!