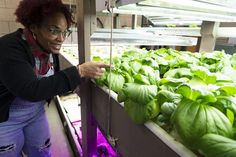 By Briana Garrett Medill Reports The modern farmer is changing fast, with the terrain for food production and urban farming at the center of this transition. Urban farming can mean produce gardens in backyards, rooftops and assigned city land plots as well as farming systems such as aquaponics, an agricultural approach where fish wastes nourish […] 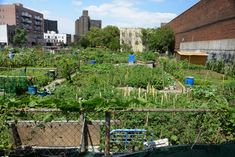 While urban agriculture can play a role in supporting food supply chains for many major American cities — contributing to food diversity, sustainability and localizing food systems — researchers say it is unrealistic to expect rooftop gardens, community plots and the like to provide the majority of nutrition for the population of a metropolis.

Last Year It Cost $5 For West Side Community Gardens To Tap Into City Water. Now The Price Is $1,700

NORTH LAWNDALE — New city regulations have left community gardens high and dry when it comes to getting the water they need for produce to thrive. Until recently, gardeners were able to tap a hose into fire hydrants using a vacuum breaker, a piece of equipment that costs about $5 and is designed to prevent […]

Specialists from Cornell Cooperative Extension are helping urban farmers from Buffalo to New York City make the most of confined spaces and unique growing conditions. 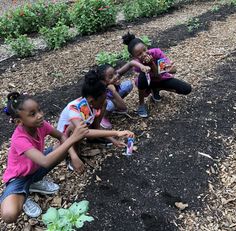 CHICAGO — South Side teens and kids are transforming vacant lots into flower farms on the South Side. The flower farms are part of a program from Eco House Chicago, an organization that is working to rebuild economically depressed South and West side neighborhoods through environmentally friendly education and business opportunities. Eco House, which now has […]

NORTH LAWNDALE — Young people on the West Side are growing hot chili peppers as a cash crop to earn some spare pocket money for the summer. The pepper project was organized by the Young Men’s Educational Network as a way to give young folks some extra cash while also teaching them an important lesson […]

Chicago's Urban Farmers Taking A Hard Hit During The Pandemic

Agriculture has taken a hard hit by COVID-19 and Herban Produce is no exception. A vast majority of those buying the crops are local restaurants desiring fresh produce. 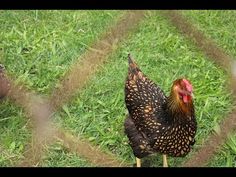 Urban farming has long been touted by agriculture advocates and enthusiasts as the future of the food and produce industry. However, as Chicago’s urban agriculture ecosystem has evolved and expanded, so have the complications associated with their operation.

Star Farm in Back of the Yards makes up for in ambition what it lacks in size. Founder Stephanie Dunn’s mission is to use urban agriculture as the means of creating a healthier, more resilient community. 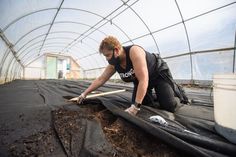 In its first four years the farm managed to raise production to between 12,000 and 15,000 pounds of food each season.

Corey Paul, a father of six, stood in the backyard of his seafoam green single family home in Fort Pierce as he discussed his new-found internet fame. A photo of him in his urban garden is circulating on Reddit, one of the most-used social media platforms in the world. That photo was posted to Reddit by a member of the Fort Pierce Connection. "Once I found the post it was like at 7,000 likes or whatever," Paul said. "Couple minutes later, I went back and it was at 15. I was like whoa. " 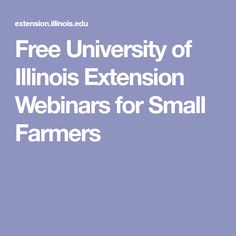 DECATUR, Ill. — During winters, farmers may not be out in their fields, but that doesn’t mean they are taking a break. Starting in January, University of Illinois Extension is providing a weekly educational webinar series for the small farm community. This online series will provide small farm producers practical knowledge on the leading practices in emerging topics that advance local food production. 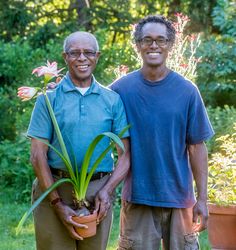 A father and son share a lifelong love of plants and a landscape they’ve created together.

/PRNewswire/ -- Gotham Greens, a pioneer in indoor greenhouse agriculture and a leading fresh produce and food company, today opened its largest greenhouse in...